Genealogy, A173 and those darn Milsoms.

It started with an Open University course at the end of 2009 in Family History. Well, actually, not strictly true, it began around 2006 with my decision to take the first step towards building my family tree. 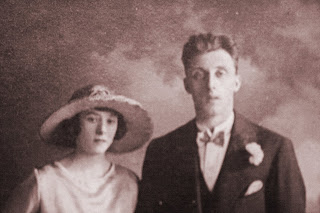 In truth, the first sparks of wanting to uncover my past heritage began in my teens. A relative had 'so-say' tracked down everyone possible on our family tree; filling many heads with romantic tales of Irish links, treasure boats and probably a pirate or three thrown in for good measure.
My mother had always told me of strong Irish roots with her side of the family and thus I was keen to see the proof for myself. So were others. Of course, time moved on, the relative stayed elusive and, despite promises to show all to various excited family members, nothing physical ever materialised.
By 2006, my mother was in poor mental and physical decline. Spurred on by the en 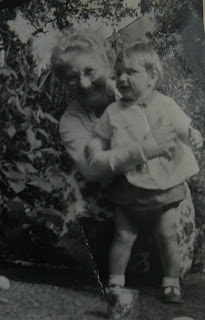 thralling BBC programme, 'Who Do You Think You Are?', I took the first daunting steps towards building my tree, starting with only the six names that I knew for sure; parents and grandparents.
Armed with the power of the Internet and grim determination, I soon found interesting websites such as Roots.UK., Genes Reunited and Ancestry.co.uk.
Slowly, piece by piece, entire family lines were revealed; like slowly peeling layers of an onion. My mother's side came quickly. She remembered a few names and this helped greatly...soon a great-grandfather and grandmother appeared...then their parents...then their grandparents. Within a short space of time some lines had retreated back to the early 1800's. Learning was a steep, but joyful curve and the help available on websites by some very patient people was invaluable. Soon, I could find my way around an official census report, or learn how to trace a birth, marriage or death record.
Long nights of trawling through endless records until the eyes start screaming are tempered by the occasional discovery, accompanied by whooping and dancing around one's chair as the Sun rises outside. Gradually, a picture

evolves around the skeleton of the family tree, which allows the real reason behind all those hours of research; the chance to understand more about our ancestors. Not just their names, or data, but WHO they were, WHERE they lived and most importantly, HOW they lived. What kind of daily lives did they have. What were their greatest assets and fears in life?
By 2009, I had the bulk of my family tree in place, aside from some notorious dead-ends, mostly on my father's side; the Milsoms (paternal grandfather) and the Nichols (paternal grandmother). The very nature of research leads to an understanding of history, both local and national.
To help with the who's, how's, what's where's and why's, I opted to take an Open University course, A173 - Family History, as part of my degree studies. This allowed a lot more insight into life in the Victorian era and was quite eye-opening, especially compared to the myth of strict morals and practices associated with that period of British history.
Simple truth: debauchery and naughtiness were just as rife as today, the Victorians were just better at hiding it.

The Milsoms remained elusive for a good two years. The discovery of a Last Will and Testament for my great-grandfather, while looking through an old chest of drawers, allowed me the information of his year of death. From that, in true detective stylie, and whilst wearing my finest deerstalker hat, I was able to find his death record, work out his year of birth and then track him down on official birth records in 1867.
As any 'Milsom' will know, our surnames are rarely, if ever, spelt correctly. There are Facebook groups and websites dedicated simply to this fact. Therefore, I checked the most common misspelling, 'Milson', and hey presto, one recently discovered great-grandfather.
It took another 6 months and the assistance of a distant relative in Canada, before I could track the elusive Milsoms back any good length, but I was recently able to find my great-great-great-great-great-great grandfather, Charles Melsom, born c.1735.
The Nichols proved even more elusive than the Milsoms and I was only able to finally track them down about a month ago. Finally, after a good five years, I could take every family back past my grandparents and start observing the trail to the past.
This, essentially, is why I adore genealogy. It gives us an idea of our roots, not only in terms of physical locations and personal, family and physical traits, but occupations and lifestyle. Personal stories uncover and make a solitary name on the family tree stand out in unique, individual ways. Only then can we start to get a true glimpse of what kind of people our ancestors really were, what kind of lives they led and also how we fit into the vast melting pot that goes to make up our own family.
Oh, for a time machine. 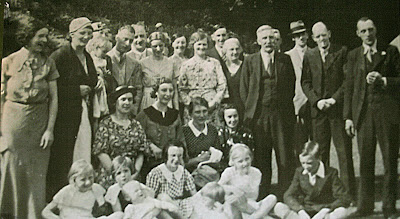