The following piece was written as part of a recent university course.  (2011-2012)  The object of the exam was to produce a life-writing (biographical or auto-biographical) piece of work.  I decided to cover a traumatic time from 2009, yet use a sense of humour to balance the structure.
As my preface suggests, I don't do 'bleak'.
I've not been to Blogger for a little while and everything seems to have changed.  Why this post should be dark font on white background, when all my other posts are the opposite, is well beyond my current technological understanding.  I'm a writer, not an engineer.  If I can find a way to change it back then I surely will.

The photograph is also mine - taken 2012 at the spot where I received the inspiration for this piece of writing, Dursley Cemetery, Gloucestershire.
KJM.

PREFACE.
I've never been one for sad stories. As a kid I was always drawn towards movies that opened with the main character(s) in the absolute worst of dire straits, yet culminated with happy, smiling faces, preferably accompanied by cheery songs and a multitude of cheesy dancing. If my parents had consented, corners of my bedroom would have likely held shrines to both Walt Disney and Dick Van Dyke.
To this end, I'll begin with what is commonly referred to as a low point in life or, to use my own personal phraseology, 'being at the very bottom of the well.' 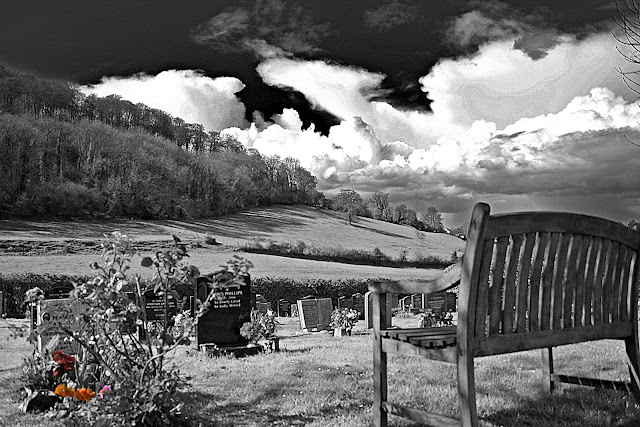