The culmination of a recent university course (Open University A215 - Level 2, Creative Writing) involved a final exam (known as an EMA).  Its purpose is to test students on the three aspects of study over the last year - fiction, poetry and life writing (biographical or autobiographical writing) - or a combination of two of these.
For my EMA, I chose life writing.  Going back to my 18 year old self was an interesting journey...and at times quite a difficult one also.  I think it's also important to realise that (hopefully) we are not the person we were at 18.  In many ways that person is unrecognisable to me today.  Yet, the spirit of who I was back then still remains.  I just know more stuff in 2012 than I did in 1981 and possess more confidence to be able to do things with it.
However - probably along with 6 billion or so other people - I sincerely wish I had the ability to go back to my younger self and spend a good hour or twenty.
Mostly, I'd tell myself that everything would be OK.  Just hang in there.

‘What we have here is a failure to communicate.’
Paul Newman, ‘Cool Hand Luke’.

Communication is arguably the most precious of creative expressions; providing basic connection and bonding with our fellow humans.  Alternatively, when the priceless gift of speech is lost behind impenetrable, personal barriers, it follows that an individual’s confidence will suffer.
Around the age of thirteen, I become such an individual. Understandable, emotional dents form as my chronic stammer deepens. Less understandably, dents also occur materialize at school, when a couple of cruel teachers decide that I constitute an excellent source of class morale. Another of many memorable dents occurs with a local bus-driver, listening as a schoolboy politely attempts to state the designated fare of ’Fifteen please’. When a twenty second burst of echoing ’f-f-f-f-f-ffffff’s emerge, he reduces his passengers to raucous, rib-aching merriment with the arrival of a perfectly-timed punch line;
’I think you’ve got a puncture there, lad.’
At such testing moments, the possession of analytical reasoning and sheer bloody-mindedness become my most valuable allies.  Through experimentation, I discover that stammering is greatly decreased while (a) singing, or (b) inebriated. Both options are quickly discarded, but soon fate provides me with an option (c).
During a break in lessons, a fellow pupil executes an appalling impression of the cartoon character, ‘Top Cat’.  Malicious faces in the playground excitedly turn towards me.
‘Go on, Milsom…d-d-d-d-d-o…Ta-Ta-Top…C-c-c-c-cat!’
I sigh inwardly, but realize that any refusal means getting thumped. It takes three lines of gibberish in Top Cat’s voice before realizing that I haven’t missed a single beat.
‘Hey, that’s not bad…do another.’
I square my shoulders and launch into John Wayne.
‘Okay pil-grims, we’re gonna get these wagons in a circle and keep the teachers at bay, see?’
For the first time, an intoxicatingly, delicious sound of people laughing with me, not at me, hits my ears. I want more.
The threat of total strangers engaging me in conversation no longer equates to blind panic.  Of all the accents I explore, the broad London dialect is the easiest to reproduce. By placing a cassette tape recorder by the television whenever ‘The Sweeney’ is transmitted, it isn’t long before I’ve nailed John Thaw’s character, ‘Inspector Jack Regan’. Meanwhile, every day is spent before a mirror, practicing my speech and dreaming of a day when society can regard me as ‘normal’
Immediately prior to the beginning of the following story, my eighteen year old self has been asked for the correct time.  Somewhere in a small dressing room within my mind, a bell sounds. Enter, stage left, ‘Inspector Jack Regan’ to give suitable response.

‘Somewhere in the distance,
hidden from the view.
Suspended in the atmosphere,
waiting to come through...’

Like an impatient child waiting for Christmas morning, I cross days from the calendar.  In a fit of compulsion, I purchase every badge pertaining to Toyah, punk, bands and youth culture that Bristol has to offer.  By the time I attach them to my favourite jacket, I have thirty down each side.  My mother is distinctly unimpressed.
‘You look like a bloody Pearly King!’
Being in full teenage rebellious mode, I remain impassive.
‘R.ri…rig.ht…j-j-just for that, I’ll b-b-b-b-b…’  I pause, silently cursing whoever invented hard consonants.  ‘I’ll p…p..pur…ch-chase even mo-more!’
She laughs, but her eyes reveal how much it hurts to see me struggling.
With a cloudless dawn, the Fourth of June, 1981 finally arrives.  The day is spent mostly pacing and trying to contain mounting excitement.  A long morning crawls into a lengthy afternoon.  By seven o’clock, an unseasonal chill has crept into the evening air, yet the exterior of the Colston Hall is positively bursting with animated warmth.  In the passing of minutes, dozens multiply into hundreds; noise levels growling upwards into higher decibels as more bodies swell our crowd…and what a crowd…rows of brightly-spiked hairstyles bob around, all vying for attention from excited owners; many of whom clearly favour studded, leather attire and an imaginative choice of body areas to pierce their skin.
‘Nice one.’
I turn around to discover an orange, Mohican-topped head closely examining my array of badges.  A heavily-ringed finger points out a badge with a young girl’s face, promoting a Gloucestershire band I liked, called ‘Pigbag’.
‘I’ve got that one too.’  He turns his head, revealing the same badge pinned through the lobe of his right ear.  In no particular dialect, I mouth ‘Wow!’ He grins.
‘Where are you sitting?’
Pulling my ticket from an inside pocket, I show my designated seat number, about six rows from the stage.  A huge hand slaps my back.
‘Just stick with me, right?’  I nod; returning his infectious smile as he spots someone he recognizes.
‘Marcia!’  A girl, about my age, trots over; a beaming grin surrounded by thick, black make-up and several facial piercings. Topped with three tall spikes of blue hair, she reminds me of a stegosaurus.  Between them, Mr. Mohican and Marcia appear to know everyone else in the crowd.
It’s an hour until Toyah.  Amid a tribal composition of stamped shoes and slapped palms upon glass barriers, the outer doors to the Colston Hall finally open. Wedged between new comrades, I am swept forward as a youthful stampede ensues, causing all in its path to react with life-preserving speed.  Everyone has an allotted seat, but as we charge towards the stage, no-one cares.  For the next couple of hours, we’re all together; a crowd of one.  A woefully undermanned team of bouncers briefly attempt to push us back.  After ten minutes, accompanied by helpful - yet largely physically impossible - advice from the crowd, they relent and leave us be.
Twenty-five minutes until Toyah.  A supporting act has finished a brief set to polite applause.  The crowd becomes noticeable more animated as adrenaline levels surge.
Ten minutes to go.  Hunger, thirst and toilet requirements are utterly forgotten.  Everything becomes immersed within a cacophony of chanting and stamped soles…a final sound check and my heartbeat gains noticeable momentum…chanting rises until it threatens to loosen the elaborate, Victorian fixtures and fittings.  Screams replace chants as finally, the lights dim.
Then it arrives; an opening bass line that bursts through the crowd like glorious thunder from the Gods; a matching volley of drums detonating around euphoric ears as the stage lights up.  It’s her!  As one, we jump up and scream her name.
‘Good evening, Bristol!’
The bass line smoothly slides into a familiar pattern as the band launches into the opening number, ‘It’s A Mystery’.
‘Sing it back to me, yeah?’
Two thousand people adoringly comply.

I’ve no idea if heaven exists.  If so, then it must equate to the ‘Utopian’ bliss, I subsequently experience as my tiny heroine completely dominates a large stage; holding a captivated audience within a masterful grasp.  Two hours and three encores later, she is gone and unwilling feet trudge towards exits. With a slap on the back, Mr. Mohican is at my side.
‘Was that awesome…or what?’
I smile back and nod.
‘What time you got?’
I glance at my wrist.
‘It’s abowt twenty-foive to ten…’
I pause as my Bristol accent hits my ears.
‘Nice one…I’m Dan by the way, what’s your name?’
‘Me?  Oi’m Kev.  Nice to meet you, Dan.’
‘You too, Kev…take it easy, yeah?’
A final slap on the back and he disappears into a dense forest of fascinating hairstyles.
Once outside, I stop strangers just to ask them the time; each in unbroken, Bristolian tones.  One spots my watch.
‘Oops…oi’m a daft bugger, I am!’
Instead of a three mile walk home, I hail a taxi.
‘Downend Road, Horfield, please….oi’ve just bin to see Toyah at the Colston…bloody fabulous she was…you had a busy night, mate?’
With adrenaline still pumping, my speech is flawless.
A blissful week dawns before the stammering returns, but now I know – beyond all doubt - that at the culmination of this long war, I shall be the victor.
Three years later, Inspector Jack Regan gives his final performance and is retired.  An accompanying newspaper announcement would have read:
‘Whilst immensely grateful for Jack’s priceless contribution of many years, it’s finally time for Mr. Milsom to commence a challenging and exciting, new chapter of his life.’ 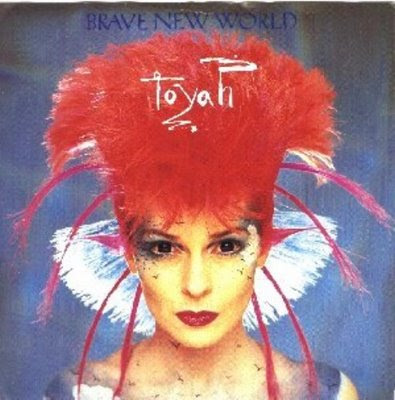