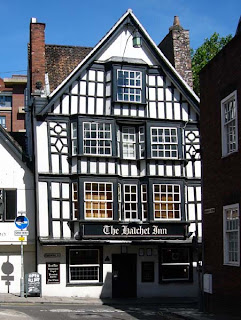 Although I left there for good when I was in my mid-thirties, and now live a good 30 miles to the north of it, the city of Bristol will always be classed very much as home for me.
Perhaps it’s one of those thing where you don’t miss a good thing until it’s no longer in your clutches, but I do miss this place and get nostalgic for it on a regular basis.

Good things about Bristol…well, architecture. Being a medieval city in origin, (original name of Brigstowe, which is Anglo Saxon for stone bridge) it has managed to maintain a good balance of older buildings - the earliest dating back to the mid-12th Century - with some outstanding examples of churches. I was fortunate enough to work in Bristol on several archaeology digs in the mid 80's, and the history of the buildings and people over the last thousand years are a constant source of enlightenment.
Bristolian Speak. 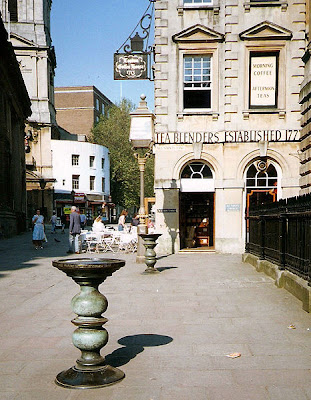 The true traditional Bristolian accent is very heavy on vowel sounds and can best be likened to that of a pirate.

The following is an example of Bristolian...again, think pirate. No, not the Hollywood Caribbean sort, but more your true Long John Silvers and Blackbeards. (Interesting fact #2 - Blackbeard was in fact a gentleman named Edward Teach, from Bristol...who scared his poor victims by braiding his long beard and then setting it alight, so that it would look as if smoke was pouring from his head.) But enough of burning pirates...please consider the following text...

And translated into the Queen's English, although, in reality, quite unlikely to be used by her royal majestyness at any stage...
"Why, that new TV soap-opera looks jolly entertaining…although it does not commence until nine o’clock. Shall we go out and then come back later to see it? We could have a pizza, or something…I hear they do rather nice ones at Pizza Hut. You finish your vodka and I’ll visit the bathroom."
Although, probably due to posh school and moving away from the city, my accent has tamed somewhat, it never fails to surprise me how easily it slides back in, especially as my proximity to Bristol grows. On the journey there I might comment on the 'fluid luminosity of the landscape' and the way in which the 'dappled light through the forest crosses the fields, like a starry waterfall', but passing the same spot on the return journey home, I'd be more likely to be pointing excitedly out of the window and shouting 'Yer...look at they treez...thems bloody lush!'. 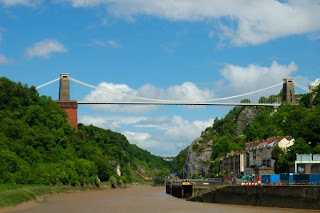