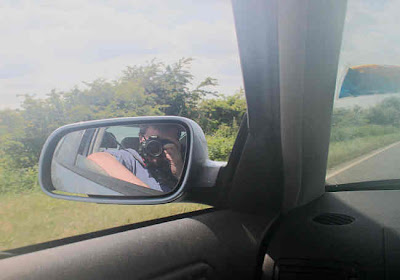 To my constant joy, I have often noted that I appear to be a strange enigma to some.
There are those who I have met in life who would have sworn that I must have taken a vow of silence some years back, as I used to be terribly shy when younger...not helped by a ferocious speech impediment from age 13 (Thanks Dad), which took several years of kicking myself up the rear and talking endlessly in front of mirrors and empty rooms, before it calmed down and stopped being a pain in my ass...and probably more importantly before someone found me talking to myself in a variety of different accents and expressions and carted me off to the funny farm.
Likewise, there are those who are of the view that I am slightly less noisy than an explosion in a firework factory. The most interesting occasions occur when two friends meet, one from each camp. 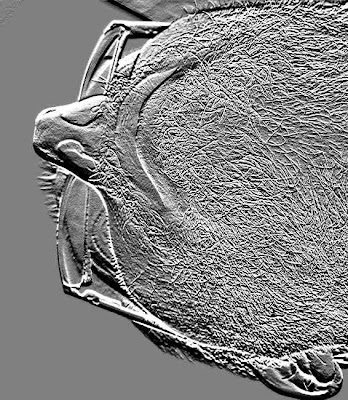 At the grand old age of forty-cough-cough, I now care less about what people think about me than I do about the exchange rate between the British Pound and the Outer Magobian Gumbo Bead...and yet there is always an area in which I instinctively shy away from.
Photographs which include my image...hate 'em...don't wanna be near 'em...will hide and have done.
In the past I admit that I've physically run away, especially when you get those inane bores at parties, and social gatherings, who seem obsessed with 'taking a quick shot for the album' of you, even though you have already politely stated on at least seven occasions that you would prefer it if they didn't.
I remember being at some dreary party many years back, where the highlight was probably trivial pursuit, or bobbing for apples...and this mindless young lass with a constant Jehovah's Witness smile, was wandering around armed with an Olympus Trip. Classic camera...vacant-headed owner.
I see her and know what's coming. She wants a photo...quite why is still beyond me, didn't know her from Adam...or Eve...but no, she is adamant, she wants to take my photo. Why? Because everyone else has. I'm not 'everyone else' and I don't want her to. She is stubborn and won't back down. So am I. Things get heated. I've had one too many beers and my mouth can get the better of me...people are now stopping dancing to watch us.
She calls me a 'boring bastard', I call her a 'Nazi cow'...we aren't going to sending cards to each other at Christmas, that's a gimme. She shouts at me, to a now hushed room, asking me why I have to be such a 'spoil-sport dickhead'...the kind of ignorant bullying that I completely detest in life...people who believe that there is no middle ground and they must ALWAYS be right. Your views and opinions don't count one iota. Complete wankers...all of them.
I bravely ignore the armies of marching swear words, marching towards my vocal chords at double speed, and instead asked her: 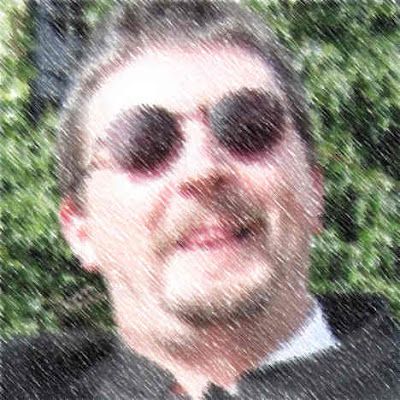 "If I went to your office every day for a week, opened your window and waved my willy towards the congested pavements below, while shouting your full name, address and phone number for half an hour, along with little key phrases such as 'itchy crabs' and 'crap shag', would you get some kind of perverse kick out of it?"
She recoiled and screwed up her face, shouting out words that gave me the very strong impression that she would not.
"Well, in the same way that you would prefer it that I didn't do that, I would rather prefer it that you didn't take my fucking photo." Point made.
In light of this, I have made a career out of dodging photo lenses, but occasionally - and always with my consent - it does happen. Usually though, I enjoy taking images of me and altering them creatively...something I got rather hooked on at college, some twenty-cough-cough years ago.
A good friend recently got me thinking about this again, and as it's been a while since I've played about with my image, or even thought about in a positive light, I thought it about time that I maybe should.
The less I can make my image look like me, the happier and jollier I shall be. :) 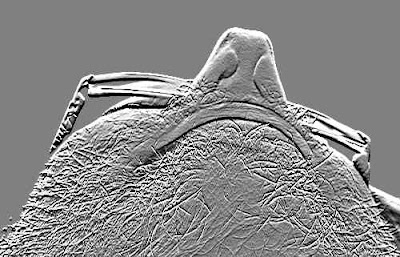