Sugar - The Ear Wax of Satan 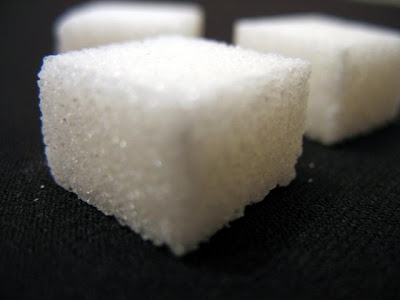 Speaking as a former devotee...nay, disciple of the evil whiteness...and one who regularly bathed in its alluring sweet enticement, I can divulge that last year I managed to escape from the ignorance and lies of the immortal sweet-toothed one, so that I could see the light and truth that sugar is nothing less than purest evil, in granular or cube form.
Look at the sugar cube nearest the camera...observe its malicious intent...see how it grins at you...how it yearns to trap your soul. See how the ones behind egg it on...taunting our poor innocent and naive ears...
Of course, this may - or indeed may not - have anything to do with the fact that last year I was diagnosed with Type 2 diabetes.
It could be completely irrelevant that I can no longer enjoy the glorious luxury of my midnight feasts, involving boxes of apple pies, various bars of chocolates...doughnuts and flapjacks.
Bitter? Moi?
Well...maybe a teensy weensy bit. Although, it has to be said that on the grand scale of things I have played my vital part in the consumption of sugary treats.
If religious or spiritual achievement were based upon the worship of all things sugary then I would be at least at the archbishop level, and likely knocking on the door to Popemanship.
So, I guess I can at least say that I haven't gone without knowing the wicked pleasures of the late night sticky bun, or the hurriedly sneaked choc bar during hours of work...and I am hardly naive to the many seductive pleasures of the almond finger...which perhaps makes it all the more harder to have to turn my back upon all my former sweet friends...even when they call my name at 3am and try to entice me to the kitchen, where the chocolate biscuits are having a party, and they want me...yes ME, to be the star guest...would it be wrong to go?
Only 10 minutes...no more...I'll be like Cinderella and be home by midnight...dammit, what would be the harm? 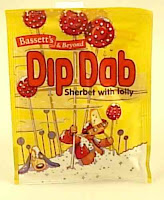 Sadly, as any diabetic will know, the risks - even those related to beckoning apple doughnuts and friendly jars of peanut butter - are none too appealing...and even the hold of a lifetime of sugary treats; from the early years of queueing in the old-fashioned shop aged about 6, waiting patiently for the elderly owner, as he went from enticing jar to yet more enticing jars, plucking out quarter pound measurements of gobstoppers, or pineapple chunks...or those ultra fizzy cola bottles...or sherbert dip dabs...or...or...well, all those and more...not even all those combined into one giant sugary army of temptation could make a diabetic turn back to them, once he/she has that initial chat with the doctor, who delightfully informs the poor diabetic of the start of a VERY long list of foodstuffs which may never again pass his/her lips. 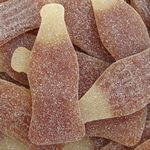 Vast increases in the risk of a stroke and heart attack, plus constant worries about losing eyesight or feet/legs, are all enough to force even the most ardent chocolatier turn his gaze away from the sexiest eclair in the shop and learn the wonders of a new diet, that invariably involves large quantities of wholewheat and several types of beans.
Stand upwind - you have been warned.
So, with diabetes figures escalting through the roof (a recent poll indicated that numbers have increased by perhaps as much as 600% in the last 5 years, and could possibly increase significantly again by 2010 - and doubling by 2030 to 366,000,000 people), one would think that there would be increased awareness of this reflected by food manufacturers and supermarkets.
Of course, one simple answer is that the amount of sugar in our food is increasing at a ridiculous rate. 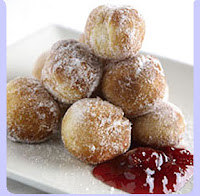 As supermarkets continue to dominate the market and encourage us to buy their cheaper, value brands, where we can all dance down the aisles and thank the Supermarket Gods for making our purses richer by a whole penny, than if we had alligned with the nasty, rival supermarkets and stores, with their evil, healthy and expensive options...and of course, if food is cheap and contains less goodness, well, a little sugar there and salt here wouldn't help to make it taste more like the good quality brands...and who doesn't like sugar, eh?
For an eye-opener...when I had my friendly 'doctor-patient-you probably won't see far past 60-but try to eat healthy and exercise and hope for the best'-chat, I was advised to change my diet completely...which, being a smart individual, I immediately did.
Wholegrain is healthy...and yoghurt is healthy, so wholegrain yoghurt, wow, that gotta be healthy huh? No more silly old bacon and eggs for me...sign me up to the yoghurt brigade and give me a tree to hug.
And yes...actually it is delicious...and very handy for a quick snack to restore the blood sugar.
So I eat them daily, and wonder why I still feel wobbly at times...until I find out that each pot has around 80g of sugar in it.
Now, a non-diabetic - probably much like your wonderful self, dear reader - should you possess testicles, giggle endlessly at fart jokes and think about sex every ten seconds, then your pancreas can cope with around 90g of sugar a day.
For those of the non-testicle persuasion, your pancreas can cope with slightly less.
So one large yoghurt, and your pancreas is already struggling.
Now add sugar in hot drinks...that should account for another 30-50g per day...a few biscuits...well, each average biscuit is around 4-5g...and then there's the beloved chocolate.
Let's say between 15 and 40g for each bar of chocolate. Add a doughnut or cream cake and we are probably looking at around 200g a day...and that's without the main meals that will invariably contain large amounts of sugar, especially if we are partial to frozen ready meals.
Milk - well, 2 pints has about 50g of sugar...let's not mention Coke and Pepsi.
Next time you go shopping, have a good look at the amounts of sugar in each food product...see how long it takes before you're over the 85-90g mark.
Once the pancreas starts to struggle then that's the start of the slippery road towards Type 2 diabetes. If the pancreas breaks down altogether then Type 1 diabetes awaits and that certainly isn't a joyous thought for those who don't enjoy daily injections of insulin into the stomach.
Scary stuff...and that's with you buying your own food. Want to wonder how much sugar is in the golden KFC chicken skin...or that lovely Chicken Korma curry...
Now go back to the top photo of the evil lumps of temptation...see how they grin at you...leering they are...cackling even...mwhahaha...resist dammit...resist!
Hang on...slide over the box of donuts and I'll sit with you for a while and help you resist. It's the very least I can do...hey, you gonna eat all of that chocolate bar?...got any spare eclairs?...dammit, just give me the sugar bowl or the hamster gets it...
Posted by Kev Milsom at 13:54